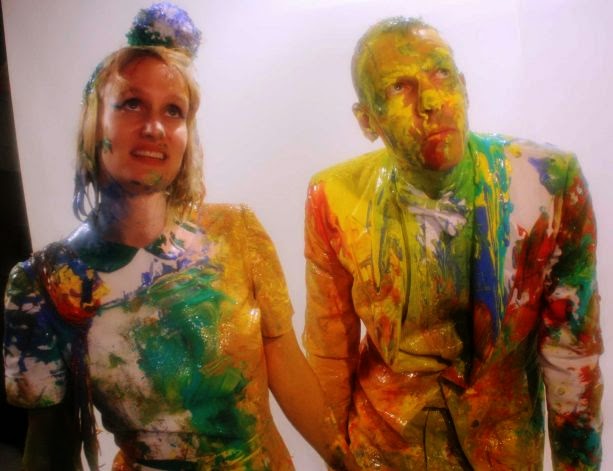 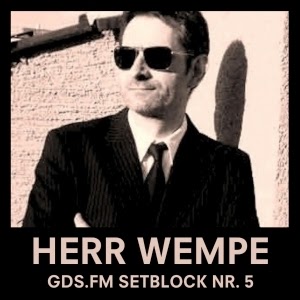 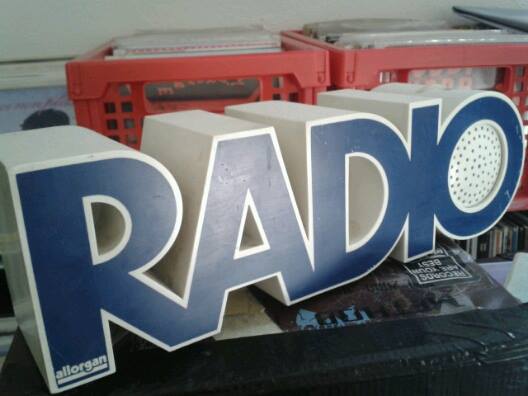 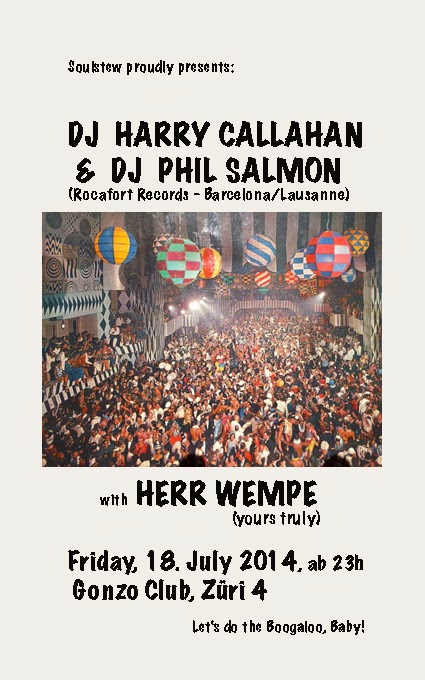 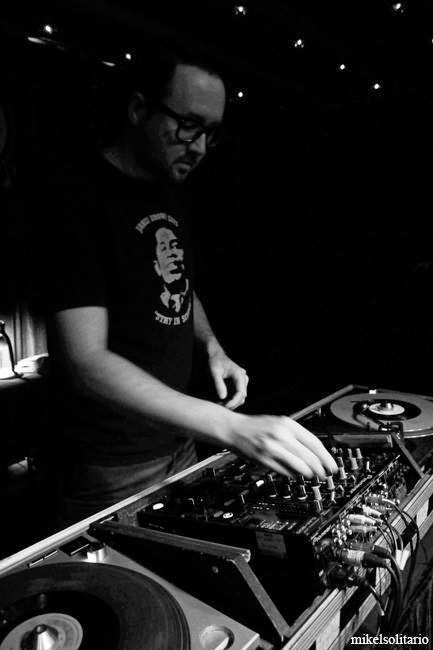 What's your name?
My name is Ivan Muench, my dj name is Harry Callahan.

Where are you from?
I'm from Barcelona, Spain but i was born in London. English father, spanish mother.

What are you doing?
That's a question i always ask myself... no, seriously, i'm writting the answers to these questions.

Who influenced you musically?
My mum's record collection wich included records from The Beatles, Alan Parsons Project, and a Bruce Willis LP.

What are your favorite records at the moment?
My taste is wide and i enjoy listening to different styles of music, some of the tunes i'm enjoying currently are Charles Bradley's latest 45, Nick Waterhouse's Holly LP, Keith & Tex's Stop That Train LP and Folk music with a Funk/Soul influence, and of course, all the "Rocafort Records" releases.

What's your best digging story?
I don't go out much to dig for records, i like sitting comfortably at home sipping tea and having others do the digging for me. Lazy? maybe. But hey!

What's your favorite mix and why?
My mixes because they're probably the best in the world and they include the records i like. I'm a lazy bastard so i don't put out that many mixes. Also Miles' from Breakestra. He kills it everytime. Unfortunately he doesn't put many out because he's a perfectionist, i wish he wouldn't be because i really enjoy them! He's a very nice person too.

What are your 10 alltime favorites?
My taste changes with time, my top 10 now will be different to the one next year. These is my top 10 now...
- Bobby Wayne - You're Blowing My Mind (LA Val Records)
- Willis Wooten - Your Love Is Indescribably Delicious (Virtue)
- Les Ambassadeurs Du Motel De Bamako - Get Up James (Rocafort Records)
- Snoopy Dean - Your Love Move Me Baby (Blue Candle)
- The Willow Band - Willowman (Epic)
- Blew Smoke - Ain't Gonna Kill The Spirit (GRT)
- Casual T - Hands Off (Fifty Six)
- Arabi - Three Times (Sound Of New Orleans)
- Mighty Generation - Mg Beat (B-E-R)
- Flyte Tyme - It's The Things That You Do (Numero)

What's your most memorable dj gig?
Not one but the night we hosted at Clandestino in Barcelona with Dj Machito, it lasted for a year every saturday until the police came and shut it down. Pigs.

What's the best concert you ever went to?
Probably the Marlena Shaw show at the Apolo in Barcelona. I got to interview her and she's one of the most interesting persons i've ever met. Mulatu's concert with the Heliocentrics was quite important for me too. There's something about Ethiopian music that makes me very emotional, even if i don't understand a single word of what they're talking about.

Where & with who would your dream gig be?
With me, watching me on stage, but that's never gonna happen, it's phisically impossible.
If you mean a concert, it should be The Meters original line-up. Anywhere.

What's your favorite food & drink?
Food is an important part of my life, i enjoy cooking and eating and living in Spain makes thing easy for me because most of the pople are like me, so i can't choose one particular dish. Tea is my drink.

Any words of advice?
If there's one thing you can be sure of, it's that nothing is more powerful than a young boy's wish. Except an Apache helicopter. An Apache helicopter has machine guns AND missiles. It is an unbelievably impressive complement of weaponry, an absolute death machine.
*** 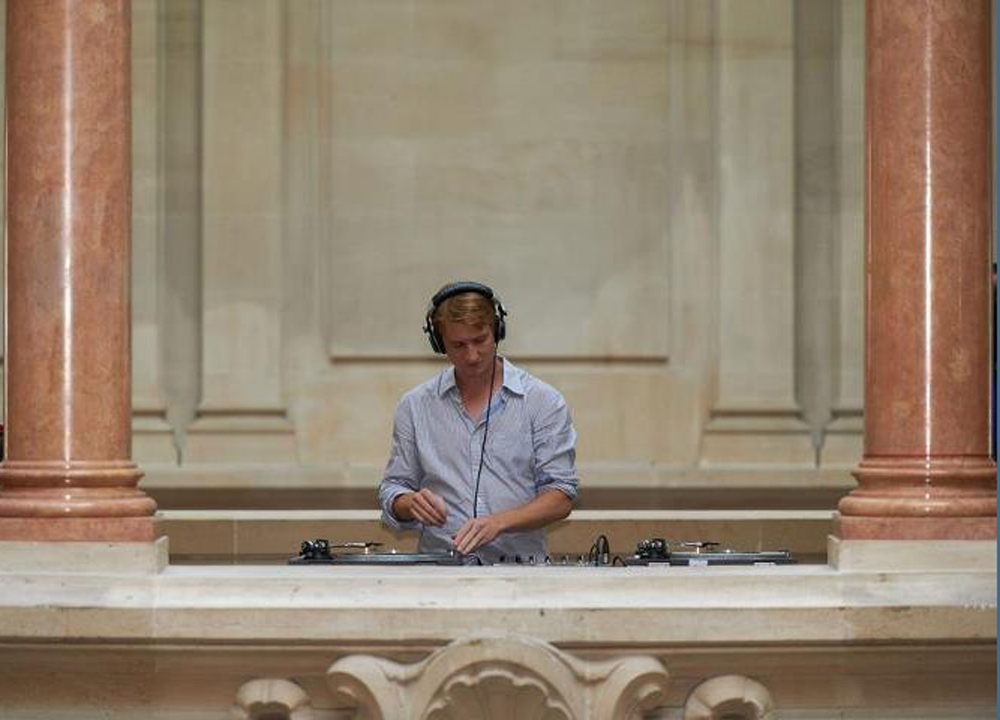 What's your name?
My name is Philippe Rocafort.

Where are you from?
I'm from Lausanne, Switzerland. My father is spanish and my mother is half swiss, half austrian. Basically, I'm a bastard.

What are you doing?
That's what people tell me when i try to have a conversation with my imaginary friend.
Musically speaking, I'm running this label called "Rocafort Records" with my cousin Ivan Muench a/k/a Harry Callahan. I'm part of an association called "Les Enfants de Jean Brun" and i organize the "Holy Groove" Funk & Soul festival in Lausanne. Our second edition will take place from the 2nd to the 5th of october. Check it out on www.holygroove.ch

Who influenced you musically?
My older brother who listened to rap, blues and latin music. And then, my cousin Ivan. I remember the first time I went to his place in Barcelona. I spent the whole day playing the 45s and LPs I found in every place. Every single song had something I liked. I realized I had a real crush on Funk, Soul and the whole spectrum of black music.

What was your first record?
I think it was the "Dangerous" album by Michael Jackson.

What are your favorite records at the moment?
I should ask my neighbour...
That's always the last acquisitions. I'm really enjoying the new Souljazz Orchestra LP "Inner Fire". There's a few songs on the Lee Fields album "Emma Jean" specially this track called "Stone Angel". The first Colette Magny album from 1964. And our last 45 on Rocafort Records of the Rail Band and this beautiful song "Massaré Mousso" sung by Salif Keita and the saxophone of Tidiani Kone.

What's your best digging story?
I don't really dig because there's not a lot of "interesting" flea markets around here. But last year, I went to New Orleans with a friend who also collects records and we spent almost two days in the same shop (Jim Russell) while the shop owner was playing online video games and smoking cigarettes. She sometimes had to empty water buckets because it was raining and the roof had some holes, consequences of "Katrina". There was only one turntable and no headphones, so we took boxes and boxes of 45s, I was doing a first selection and my friend was putting it on the turntable and we only listened 3 to 5 seconds and knew if it was good or not. A lot of collectors had already been there but we found a few interesting 45s like Big Maybelle's That's a pretty good Love for 3 bucks.  Stuart Baker from Soul Jazz Records told me he found a box full of 45's of Salt 's "Hung Up".

What's your favorite mix and why?
It's not a mix from a Dj but a mix by musicians. I'm talking about the Breakestra album "The live Mix Part 2". It had a huge impact on my musical evolution. I was listening to a lot of Hip-Hop music and this Breakestra Album was the perfect bridge from Hip-Hop to Funk and Soul music. On this album, they cover all classic hip-hop samples with the original tracks. If I had to choose one record, it would be this one.

What's your favorite format? LP, 12", 7"?
I like LPs when I have to organize or clean my apartment but 7" have something very special. As Jazzman Gerald told me once: "You can't go wrong with a 45, it only has two songs on it and one of them has been created to be a hit". Always trust Gerald!

What's your most memorable dj gig?
A gig at the Clandestino in Barcelona with Harry Callahan. A small place full of people who enjoyed the music we played.
There's another memorable night but not for the same reasons. I was part of a crew of 7 Funk Djs called "Les Tontons Funkeurs" . Each Dj was playing 5 records in a row before the next one and this went all night long. After waiting for his turn, one of us (not me) had to pee but wanted so badly to play his records that he took the decision to pee on himself while playing his records. That's how big the love for music can be!

What's the best concert you ever went to?
I'm not a big Jazz head but i saw José James a couple of times and he's absolutely great!

Where & with who would your dream gig be?
If I could DJ from my home (on my couch, taking a nap) for people in another place, that would be my dream gig.

What's your favorite food & drink?
I basically like everything that's edible except paper sleeves...mmmh although I'm not sure they're edible.

Any words of advice?
If you're really tired, take a nap and then, go to bed.
***
Und schon mal vormerken! 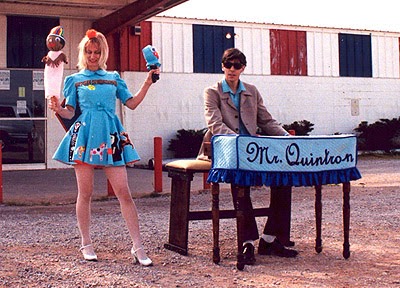 None Of Them - live 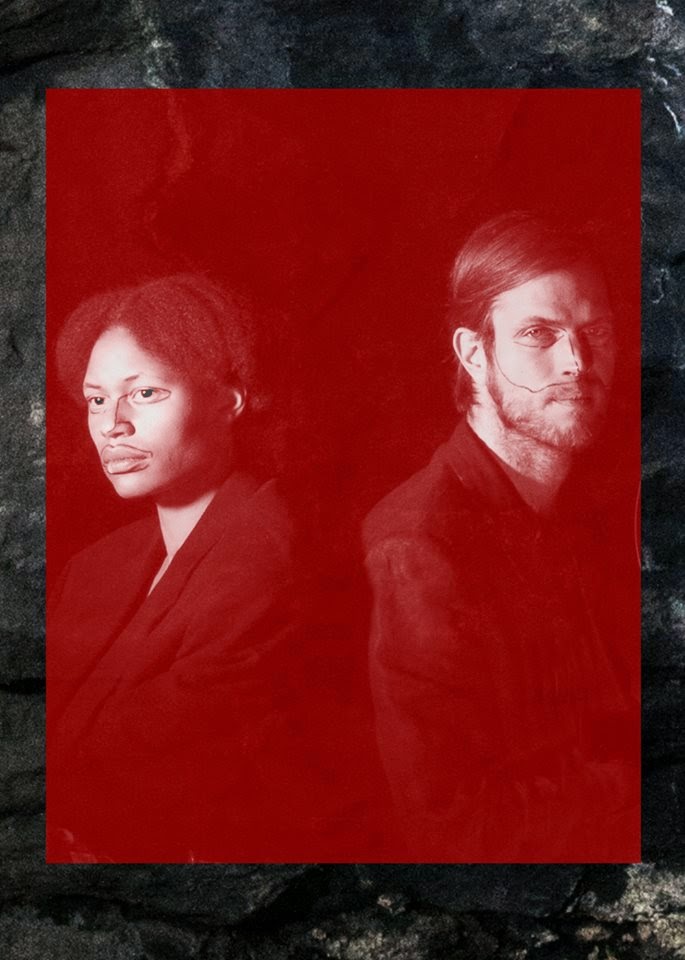 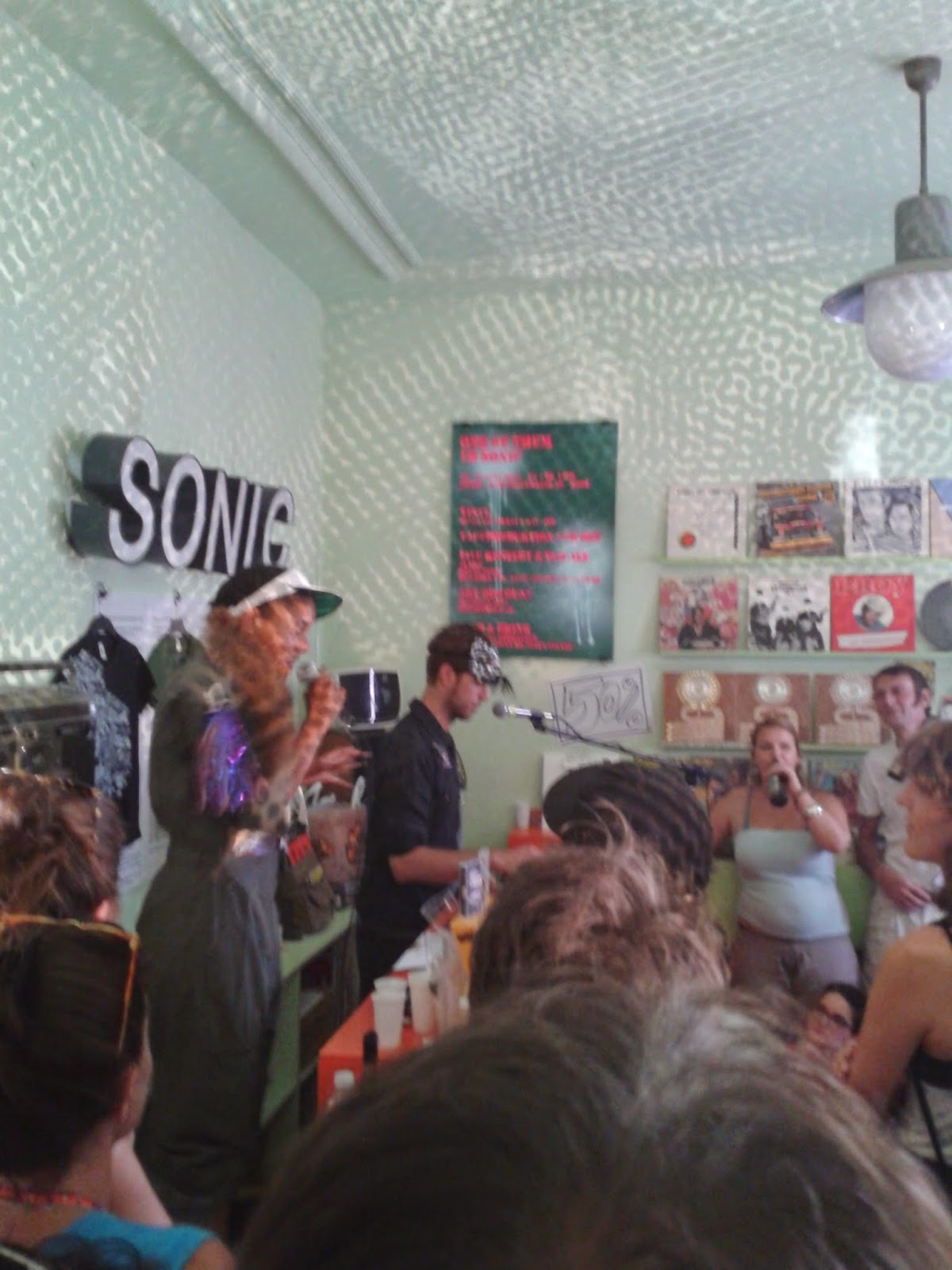 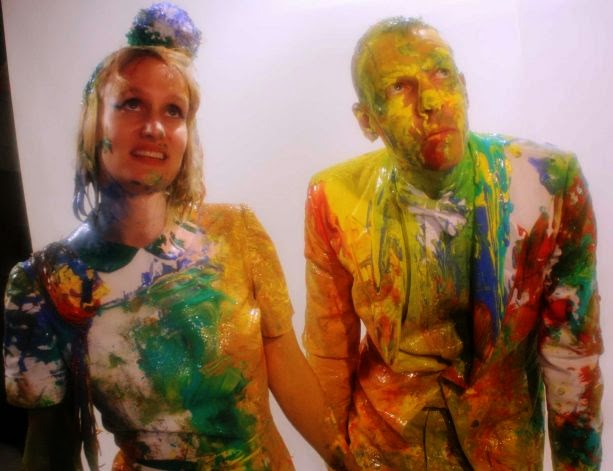